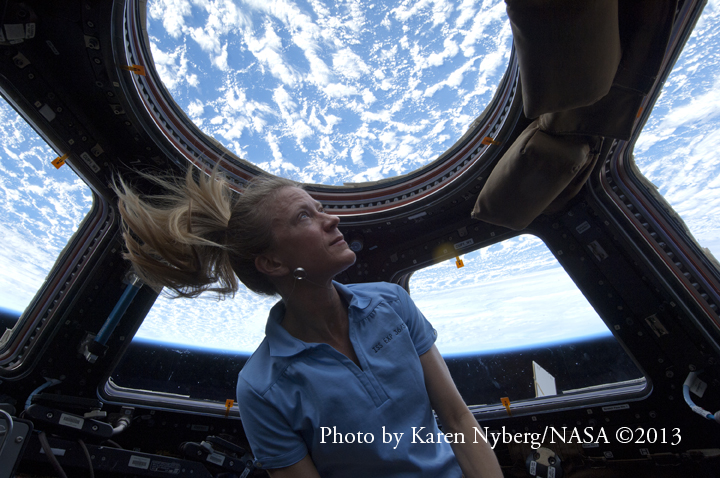 The dazzling show features photographs captured by the astronaut and Vining native during her second mission on the International Space Station in 2013. Nyberg took dozens of photos of earth from her unusual vantage point, posting the images on her Facebook page. Upon Nyberg’s return to earth, Henning-based photographer Dan Broten worked with the astronaut to select two dozen pictures to mount on canvas. The original display was created for a show at the Landmark Center in spring 2014, when Nyberg visited Henning to speak to students. Since then, the exhibit has traveled on a limited basis until its tour of Viking Library System, which began in June 2019 to commemorate a string of significant anniversaries of NASA accomplishments.

The exhibit can be viewed when the meeting room is open during library hours. The exhibit and artist talk are free and open to the public, sponsored by Douglas County Library and Viking Library System. Contact the library at 320-762-3014 for more information.